The average price of UK petrol rose by 5.44p a litre in April, the second biggest monthly increase since 2000. Data from the RAC revealed a litre of unleaded shot up from 122.62p to 128.06p on average, with the retailer increases driven by a 5% jump in the cost of a barrel of oil.

Diesel increased by a more modest 3p a litre at the pumps, to 133.7p, though the RAC notes that the difference between the fuels in the wholesale price that retailers pay was only a penny. Britain’s four supermarket fuel retailers – Tesco, Sainsbury’s, Morrisons and Asda – increased their petrol prices above the UK average, too.

Share on FacebookShare on TwitterShare on Linkedin
Back to News

If you would like to speak to a friendly and helpful member of our team, ask questions, discuss your EV charger options or would like help with anything related all you have to do is call us on the number below. 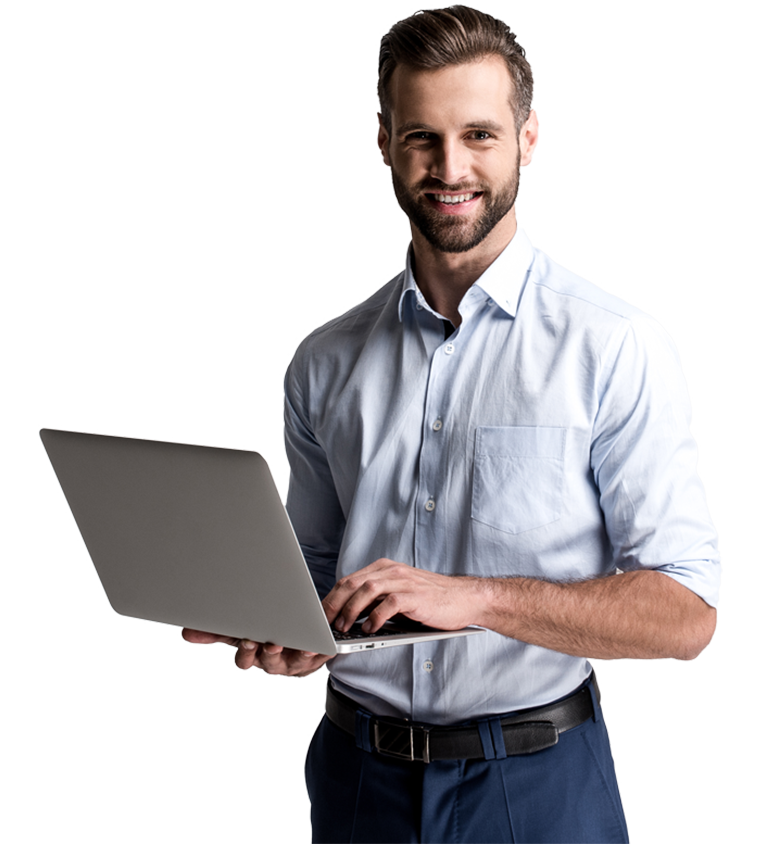 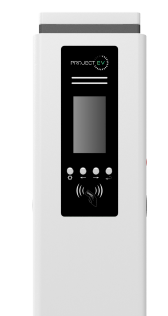 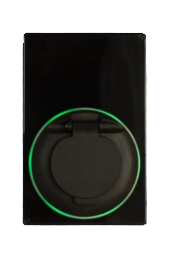 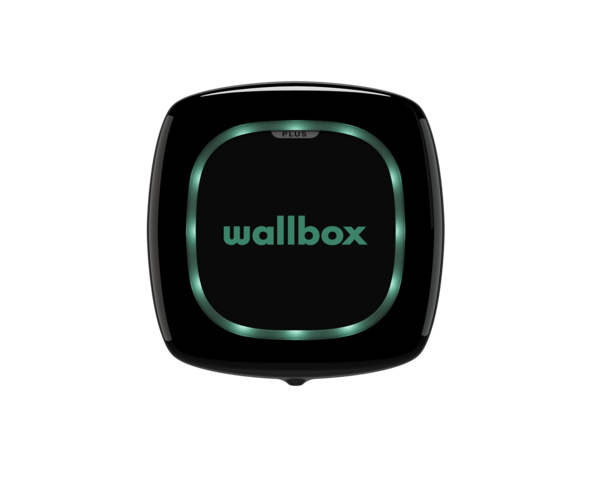 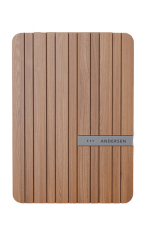 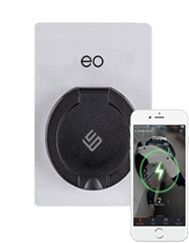 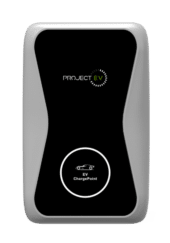 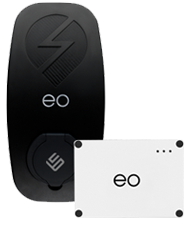 WILL OUR CHARGERS WORK FOR YOUR CAR?

You were extremely knowledgeable and helpful and quickly helped me identify my ideal charger from the extensive range of wall charges. 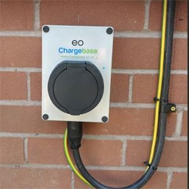 We were very impressed with your electrician who installed the charger, he was very good at consulting us about the installation and he explained things well.

Stewart is ‘done and dusted’ and the charger is installed. A great job he has done as well.

I just wanted to say a big thank you for the installation that took place last Tuesday. Paul did an amazing job. Very clean, tidy and professional and all completed within a day.

We love your electrician!!!

Chargebase came recommended. The service was excellent and cheerful. The electrician obviously knew his stuff and completed the job on time exactly as described. 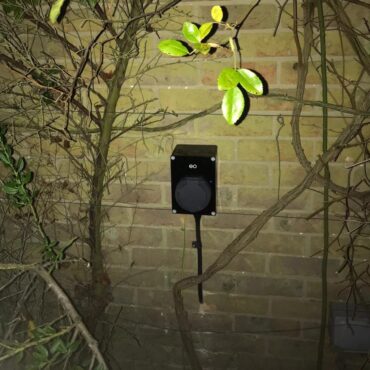 In stepped Chargebase with the smallest charger on the market and qualified electricians….they arrived on time & completed the install to my complete satisfaction.

Thanks for sorting out the installation yesterday. Alan did a fantastic job, great installation and very happy.

I’ve spoken to the others but you were the most helpful and so I am going with you.

Chargebase Limited
5.0
Based on 32 reviews

Derek L
17:27 09 Jun 22
I can happily recommend Sunita and the team. Our installation was not straightforward as we required the charger to be located away from our house, but Marcelo was able to install exactly what we needed. An excellent and professional service.

Maurice Ford
08:52 13 Apr 22
Our installation required a long cable with various alternative approaches possible. Sunita at Chargebase was most helpful and proactive in discussing the options. The installation was carried out promptly and efficiently. A pleasure to deal with this company. Would highly recommend.

Andrew Keane
15:50 01 Apr 22
Great service by the team and were able to slip us in just before the government funding stopped. Evaluated all the options once on site and we’re able to come up with a better solution. Thanks!

Will Matthews
10:14 09 Mar 22
From start to finish I can honestly say this was an excellent the service from the whole team, especially from Sunita who managed the engagement process, procurement of charger and arranging installation so so well.This excellence has been reinforced by the professionalism, attitude and general... good humour from Marcelo yesterday in fitting the charger. He’s done a wonderful job in the technical aspects of the work, but made it so much better by being a thoroughly decent and nice human being too.He would be at the top of my recommendations for future work and would reinforce your use of him in the future.End to end the process has been superb; the engagement and support in getting the whole thing set up properly and communicating well with me has been exceptional.Thank you again and i would thoroughly and wholeheartedly recommend both Chargebase and Marcelo!read more

Anthony Mcgee
09:54 05 Mar 22
Great service Although there were a lot of painful pre-installation checks they made it as pleasant as possible. The installation was amazing the installer was professional helpful and friendly I go as far to say probably one of the best people I’ve had work at My Home

Dr. Noel Rousseau
17:27 09 Feb 22
From the first contact Chargebase were different. The agent saved me a month of frustration by talking me through all the things to know about EV charge points. The installation was quick, friendly and very tidy. I would highly recommend.

Katie Pearce
20:50 07 Feb 22
Sunita at Chargebase was an absolute pleasure to deal with. She helped us work out the best route for the cable, saving us money on my original thoughts, and was extremely responsive and helpful through the whole process. When the car arrived sooner than expected she also managed to arrange to... have the charger installed almost the next day which was amazing. In terms of the installation, Marcelo and Mario were also great and took time to confirm exactly what I wanted and then did a very neat installation job. I have already recommended Chargebase to several friends who are looking at EVs as they were truly exceptional.read more

Kevin Horner (Middle Age man does MTB)
14:46 28 Jan 22
From start to finish Chargebase were able to help me with my questions and provided a professional electrician who was able to work around our home commitments. It was easy to arrange a very fast appointment on a day that suited us, and the install is neat and tidy with an explanation of each stage... of that installation..Would I recommend, yes.read more

Mike Ricketts
14:01 29 Dec 21
Positives: Extremely knowledgeable, helpful and quick. They deal with several brands of charger and so are able to find the right one for the job. I am very happy with the end result.Negatives: Take the full payment before they will even book an install appointment. After the install there was... an outstanding issue with the install (now resolved - and not their fault, it was an issue with the charger itself not the installer) and they were much slower responding after the install was complete in order to get it resolved. Also, their website does not include their registered company number or details so it is tricky to be sure they're genuine (they are!)read more

Len van der westhuizen
12:25 22 Dec 21
Dealing with Chargebase was a really good and trouble-free experience. They were absolutely professional and efficient from start to finish and they provided really good advice on aspects such as the best unit for our needs as well as the optimal (rather than easiest) cable routing so as to ensure... a neat installation. It was a pleasure dealing with Sunita and Ross on the planning, administration and follow-up aspects as well as with Marcello who completed the installation in an efficient, neat and pleasant way. I would highly recommend them as supplier for an EV charge point!read more

John Ross
16:09 07 Dec 21
Great service all round. Very quick, efficient and friendly. They went the extra mile in the charge point fitting to tidy away all the the cabling. Highly recommend

Danny P
12:17 03 Dec 21
Sunita and the team were great. All my calls and questions were answered. Two great guys came to install an outside unit not going though my mains fuse box. Which is a little more cost but a better piece of mind, not to overload the fuse box in the house. I love the small charging unit, not like... other home chargers.Definitely recommend. Great work. Many thanksread more

Your Local Car | 01252 674646
20:03 25 Nov 21
Fantastic service from start to finish. Very helpful, always answer the phone and you talk with the same person. will be recommending to anyone who needs an EV charge point.

Steven Vacher
16:24 01 Nov 21
The whole team at Chargebase were a pleasure to deal with, first off I had a long chat with Ross about the different options of electric car chargers. Sunita was always quick to respond to email and phone questions and kept me up to date with the progress of my order, Chargebase also processed the... paperwork for the government grant for the installation.Marcelo their installer was superb, great attention to detail and very professional. He was even able to put up with all the questions I had.100% recommend.read more

Simon Standish
15:52 08 Sep 21
really professional service from start to finish- total time from initial order to install was 7 days. Sunita communicated by phone and email and was really helpful in choice of charger and on the technical issues re install. Install by Marcello who was prompt, careful, considerate and really neat... in his installation. Overall really excellent and sets a high standard for other companies!read more

Jatin Chandwani
22:54 23 Aug 21
Excellent end to end service. I spoke to quite a few companies to get a quote for my EV charger installation. Chargebase were the most professional and helpful. My installation was not a straightforward one because of the location of my meter. The electrician that came to install my EV charger did... an amazing job and exceeded my expectations.read more

Mike Greenwood
12:22 14 Jul 21
Sunita and the team, installed my EV charger earlier this year and gave an excellent service. Our house was hit by lightning which blew much of the electrics and Sunita has been very helpful in sourcing a replacement charger and electrician to assist.

brian odonnell
07:27 14 Jul 21
Very good service from initial inquiry through installation and commissioning. Installation itself was done within a few days and the connection itself is small and neat. Would definitely recommend using Chargebase for anyone looking for a home charging point.

Sanjay Obhrai
11:34 25 Jan 21
Great service. Sunita is very professional and friendly and made the process extremely easy.Very happy with the service that I received!!

Stuart F
17:08 16 Dec 20
Big thanks to Ross for his great advice and customer care. The installation of our two commercial chargers were done on time and to an excellent standard. Highly recommend.